Improve typing speed. I want to increase my typing speed and decrease the errors that I make while I am typing, so that there will be less typos in my work. I am going to take typing test regularly using Klavaro and http://play.typeracer.com/

Practice and be proficient in Ruby language. I planned to develop some pet projects on different Rails app with different features

Take an online course (Programming or non programming). I will search a suitable course in EDX or Coursera and use 2hr of evening time.

Write blogs about things that I have learned. I will be writing at least 1 blog with new topics in 1 month.

Improve communication skills and improve my English. I will go to events like meetups and meet new people.

Understand distributed computing model along with background jobs and learn how they are important/implemented. I am planning to achieve this goal by watching youtube videos of how bitcoin has implemented this feature. Likewise I will be looking into the documentation of sidekiq in rails. I will probably have built concept of them in first 3 months.

Learn at least one JS framework and one functional language available. For this I am planning to go through react tutorials from codeschool.com and go through documentation of elixir language. And most probably build a dummy app using both language by first quarter of year.

Try to understand more about Ruby language. I have also planned to challenge myself by building some prototype apps (most probably every month throughout the year) using rails to sharpen my knowledge. And most importantly, implement TDD.

Contribute to open source community. To achieve this I will be looking for some of the projects from codetriage.com and contribute. I will probably start with a project from February and work during spare time.

Get familiar with devops work and API. I want to know how applications are handled during production environment and how different apps talk to each other.

Build a portfolio site and host in github.io. After that publish a first blog and continue throughout the year. I am most likely to blog after hosting the site, which I have planned to get it done in January.

Learn to communicate well by attending different meetups and building the network with different developers.

Most probably hit a gym AGAINNN. Most of the people join gym on 1st of jan and then stop going after that. It’s a shame, but I too fall on that category. But this time I want to keep myself fit by joining gym with dedication and perseverance. I am looking to join gym by February.

Learn the Nepalese language.  I want to be able to improve to the point that I can have a decent conversation around technology, startups and life in general in Nepal.

Explore new markets.  One of our products, conxjobs.com, is going to be expanding on new markets in Ireland, UK and USA.  Drastically different regulations exist in each of these countries in the construction industry.

Learn how to focus.  For far too many years I have put off re-launching Pasa Trade.  The first quarter of the year, this will be achieved!

Elixir is a language that has really caught my eye over the past few years.  The similarities to the ruby DSL has made it extremely attractive.  I want to build a number  new throwaway prototype apps using both elixir and phoenix.

Learn to take better care of myself.  Since 2007 my fitness has sorely lapsed.  90kg to 114kg and now currently sitting around 102kg.  The past 18 months have allowed me to focus on diet but now my focus will be on regular daily exercise.  My goal for 2017 is to reach 95kg.

Read 20 books in the year around business practices, technology and sci-fi.  Currently i’m reading High-Rise, a 1975 novel by J. G. Ballard. The story depicts a luxury high-rise building as its affluent residents gradually descend into violent chaos.  A number of biographies and methodologies have grabbed my attention, stay tuned for my reading list of 2017.

In 2017, the main focus of mine would be learning  Ruby and getting familiar with it and the best way to accomplish my goal would be doing Ruby more and more.

Secondly, I want to learn front-end development which includes learning HTML, CSS, Javascript. And I'm going to do it by going through online web tutorials like those w3schools provides. I would be visiting as many websites as it takes me to build my creativity in designing and also I want to be more socially active in 2017.

docker: learn about what? Why? When? about containers, start from basic CRUD app on docker then move towards Migrating existing rails app to containers(docker) as dedicated specific purpose containers communicating between the containers as API calls

add rails and relevant layers to the image and deploy a simple CRUD blog app into EC2 by the end of January.

jan/feb weekends: research on cost / major / requirements for CS degree for someone coming from electrical background

prepare and take required pre-requisite tests if any (GRE, etc) within second quarter - 2017

blogging: fill up at least 1 blog each month, (dedicate few hours on last weekend each month for writing/publishing).

Start writing notes and saving them anytime i find useful ( be it in the browser typehere.co, checking in into git /tmp on any project i work on, etc)

Edit/organize those notes and publish every month

first trek of the year after winter around feb-end/march/april (probably rara region, never been much on far-west nepal) 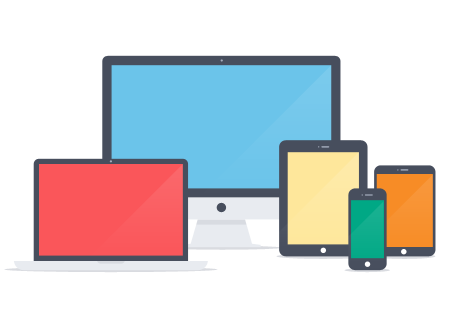